Birds of The Crags and Keurbooms 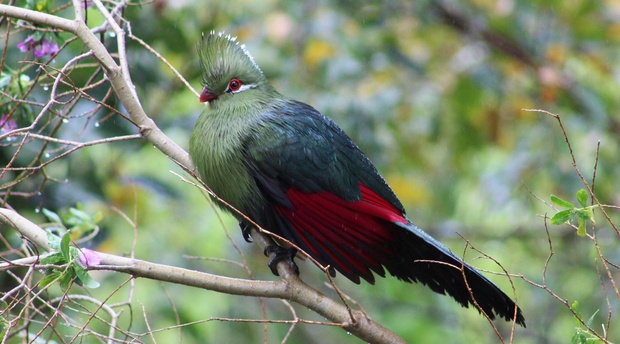 The bird life at our cottages constantly amazes us, and we treasure the viewings we are honoured with daily. We have compiled a list of the birds that we have seen at Treehouse Cottage and The Carraighs in Askop Road, The Crags, and at Gulls Way in Keurbooms Strand. See BIRD LIFE BUTTON below. We welcome comments, additions or any feedback from any of our guests. Enjoy !

We wake up in Spring with the dawn chorus of Piet My-Vrou, (the Red-Chested Cuckoo), the Forest canaries, White-eyes, Guinea Fowl and the yelling of the Fork-tailed Drongoes insisting on their breakfast!  Tune into the sounds of the forest and you can also hear the Knysna Turaco (loeries) calling each other.  The Turaco’s at Treehouse Cottage will appear early to eat the fruit that is left out for them, often joined by the Black-Headed Orioles, and then the Turaco’s pop in frequently, at all times of the day.  One little fellow even hops around the flower beds, extremely bravely, considering the dogs and cats that also live nearby!  The Greater Double-Collared and Lesser Double-Collared Sunbirds are common sights at all times of the days, drinking the lightly sugar-flavoured water left for them. 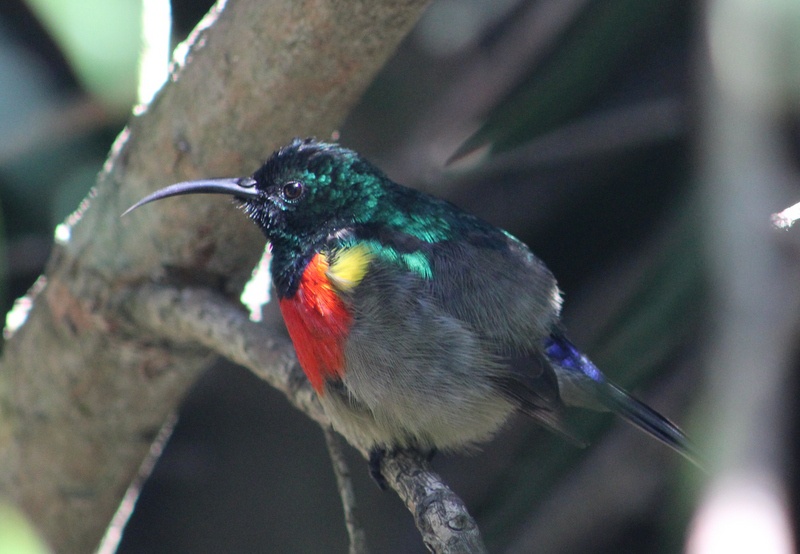 Later in the day you will see the Forest Buzzards, (circling the guinea fowl sometimes!), if you are lucky, the Long-Crested Eagle, Brown-Hooded Kingfishers and many others, busy foraging and hunting.  A quiet walk in the forest will frequently reward you with the sight or sound of  the Green Wood-Hoopoe’s, Woodpeckers and Turaco’s.  Even the rare Narina Trogon is often heard, although you will be very lucky to see them !

There is a large White Stinkwood tree at Treehouse Cottage, which is a hive of activity.  The Cuckoo’s (Emerald, Diderick, Klaas's and Red-chested) eat caterpillars off it in Spring and the Fork-tailed Drongo’s eat as many bees and insects as they can, in-between stealing dog pellets from Jess and Joey ;) 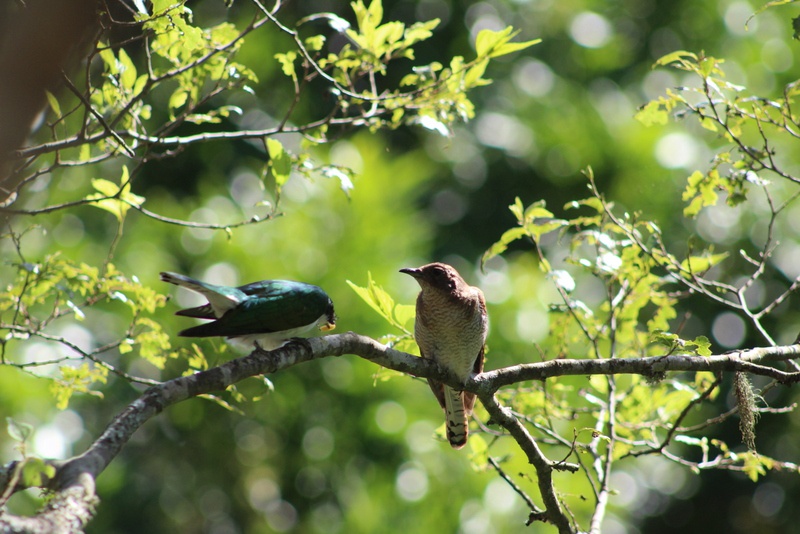 Late Spring and Summer brings the Pin-tailed Whydah showing off his tail and bullying all the other birds around the bird feeders.  Such a beautiful fellow, one can hardly object to his presence ! 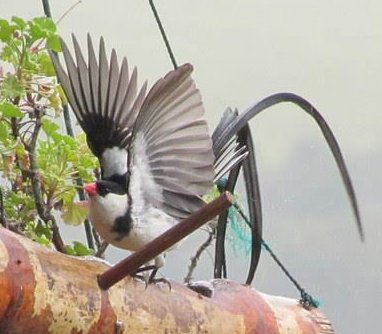 At The Carraighs, the Turaco’s do not come quite as close to the cottage, as they do at Treehouse, but you will frequently see them hopping in the trees on the outskirts of the property.   They swoop across the sky in front of the cottage, their beautiful scarlet underwings strikingly beautiful against the forest backdrop.

In the heat of the day the Sunbirds, Starlings, Pigeons, White-eyes and Forest Canaries will all take turns cooling themselves in the bird baths on our decks, which is a delight to watch!  A little family of Chorister Robin Chats have made their home in the climbing rose beneath the cottage and they swim in the dog water bowl daily.  Watching their baby grow up has been a delight !

At night time we listen out for the owls hooting across the forest to each other, and when you drive home at night, do take care because the Nightjars nest in the road and only just fly away at the last minute !

It’s hard to hear anything over the sound of the ocean at first, but once you tune in you will hear the cacophony of sounds from the many birds that surround the cottage.  The indigenous forest behind the cottage shelters the same birds as The Crags and over the years they have been protected, fed birdseed and fruit, and provided with water, so Gulls Way at Keurbooms Strand is also a bird watchers paradise.  The Turaco’s are also frequent visitors and uncommonly confident. 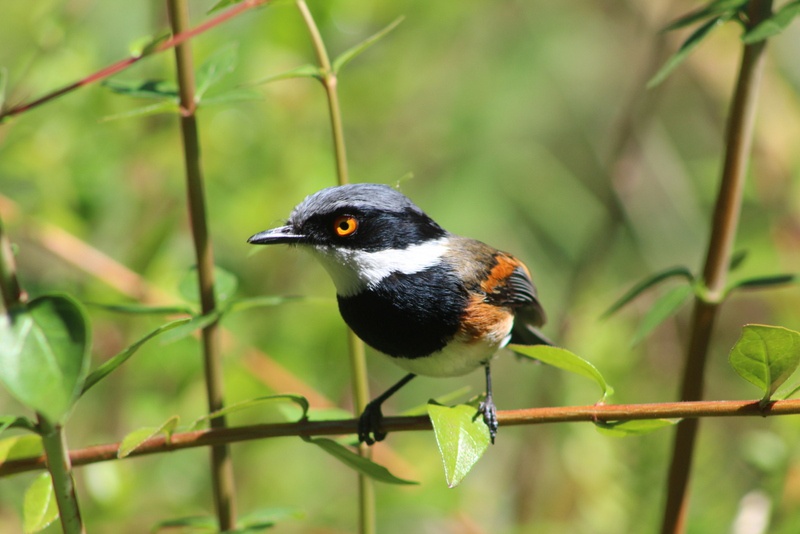 Walking along the beach, the little Plovers and Sandpipers, Gulls, Dikkops and Cormorants abound, as the bird sanctuary at the end of Keurbooms Strand protects the many species that make the beaches their homes.  On the lakes we also frequently are blessed with the sight of the Flamingos and the African Penguins pop into our beaches regularly on their way South.

Our locals love the birdlife, and injured penguins and other birds are frequently rescued from the beaches and taken to Tenikwa Wildlife Sanctuary for rehabilitation, before they are released.  The release of penguins is always a much celebrated event in Plettenberg Bay.

Click on the button above to see our bird list which comprises ONLY of birds that we have actually seen, with the exception of the various owls. We have only seen the Barn Owl but friends have seen and heard the other owls listed. There are also one or two birds like the Cape Vulture, who really don’t usually live here, but they have been seen and so they are listed ! A fledgling Cape Vulture was found by our friend Hansie, a much-loved resident of The Crags some years ago, on her farm. She picked it up in her duvet and took it to Tenikwa where it was rehabilitated and released. She commissioned our own resident artist at Treehouse Cottage, Sally Rush, to paint the vulture and then when she passed away, her sister gave the painting to Sally. Sally makes beautiful paintings of many of the birds and also produces greeting cards out of the prints. They are all available at Treehouse Cottage or at the Harkerville market on a Saturday morning. 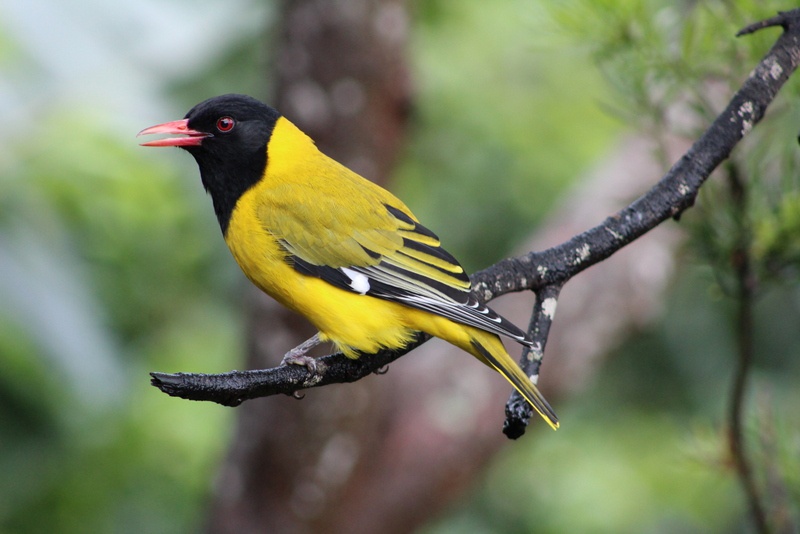